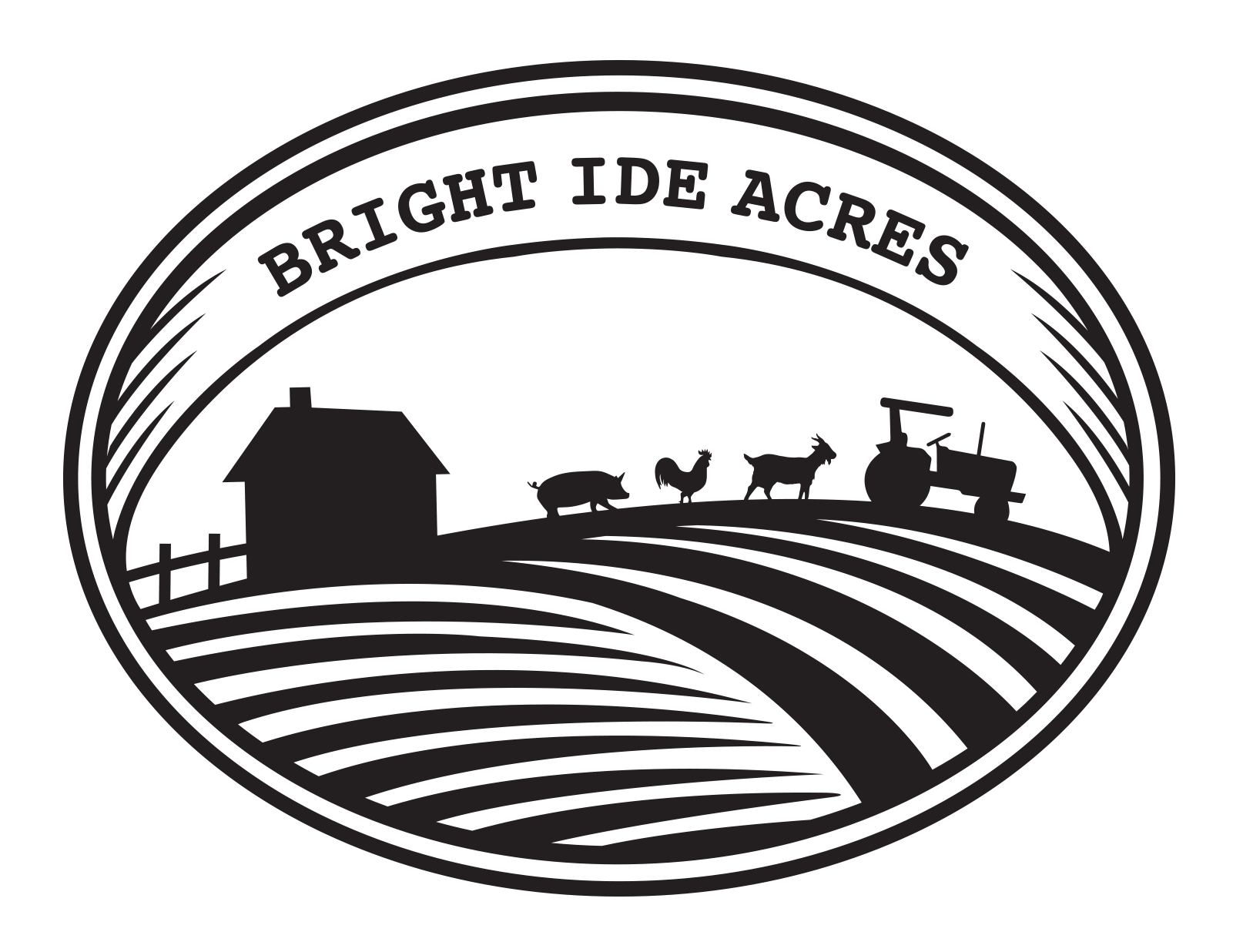 On our drive east from the Mississippi towards Chicago we were chased by blustery winds and dark grey thunderheads. We managed to stay ahead of the storm throughout the day, and when we finally arrived in the Chicago area at dusk the wind was intense. We found a campsite at the nearly deserted State Park on the shore of Lake Michigan, and did our best to enjoy the ancient push-button showers before scrambling into bed just as the sky ripped apart and the thunderstorm unleashed its fury. We discovered that the teardrop is (mostly) waterproof, and snuggled in our warm, cozy den while the storm raged overhead. I felt bad for poor Zephyr, who is afraid of thunder, but he managed to survive the night in the dry pickup truck and in the morning we were treated to sunshine and warm weather.

Although we wanted to visit Chicago in part to see the wonder and beauty that is Chi-town, we also had ulterior motives. For my birthday Andrew gifted me an old Chicago Schwinn bike frame, and he has spent the last several months slowly rebuilding it into an awesome ride (I call her Gertie). We had a goal of having Gertie ready by the time we reached NYC, as we had set up a bike date in Manhattan with my old buddy Tom who was to be in town for my sister’s wedding. We had originally tried to get Gertie’s wheels built at an REI in Olympia, WA, but were thwarted when they didn’t have the right spokes. Andrew decided to call the Chicago REI and tell them exactly what was needed and what day we would be there. Thankfully they could fit us in, and we dropped off the wheels in the morning and went off to explore “The Loop” in downtown Chicago.

The Loop is what you might consider Chicago’s tourist section. It is home to Millennium Park, which houses the famous “Dream Gate” sculpture, otherwise known as The Bean. The Bean is a giant, bean-shaped mirrored sculpture that allows the viewer to walk around and underneath it, thus providing endless perspectives of the Chicago skyline, as well as the hundreds of people walking around it. We were excited to see it, but sorely disappointed by the privatized park where the hired security kicked us out for having Zephyr with us. We wound up taking turns sitting with the dog while the other person visited The Bean and took photos. In fact, we were quite surprised at how un-dog-friendly Chicago seemed. We only saw one other dog being walked downtown, and people seemed surprised (and often annoyed) to encounter a dog on the sidewalk.

Before we left we made sure we secured two important Chicago food items: one was an Italian hot beef sandwich with peppers for Andrew (thanks to Tom for that recommendation!), and the other was coffee from Intelligentsia (thanks to Meghan for that one!). The coffee shop was exactly what you would expect in a renowned urban coffee house. Everything was metallic and sparse, the employees were tattooed and hip, and the coffee was delicious. I was able to sip on iced coffee without any sugar or creamer, which is saying A LOT for me. After spending $30 on two pounds of beans (yikes!) we headed back to REI to pick up Gertie. Andrew spent a couple more hours outside REI putting her back together while I took advantage of REI’s free Wi-Fi, and later that evening we set out for NYC with the insane goal of getting there by the next afternoon. 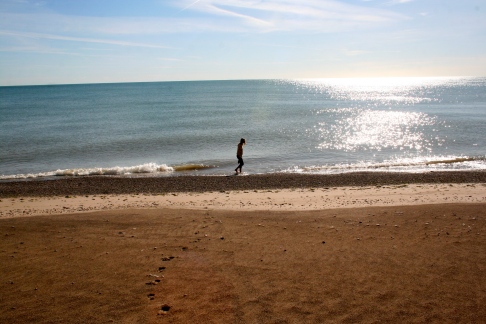 They call them The Great Lakes for good reason. From the shoreline Lake Michigan looks like an ocean! 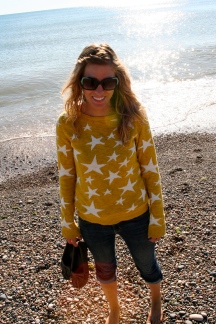 Yeah yeah, I wear that sweater too much in photos. 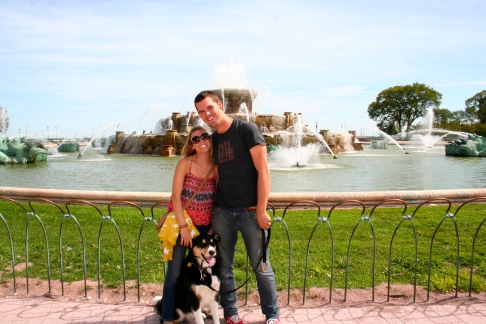 After a few failed attempts to take our own photo, a nice passerby offered to help us out 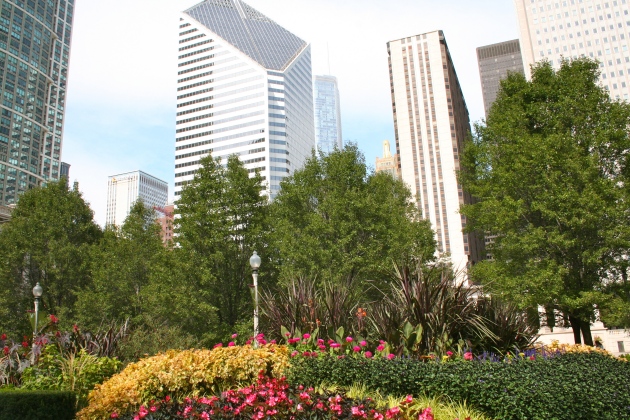 Chicago is quite a pretty city 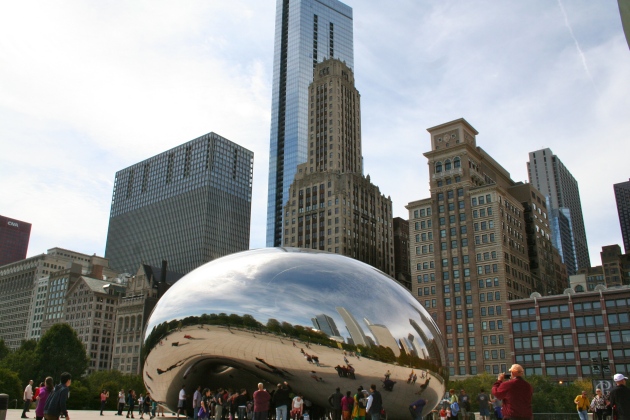 Dream Gate sculpture, aka “The Bean” 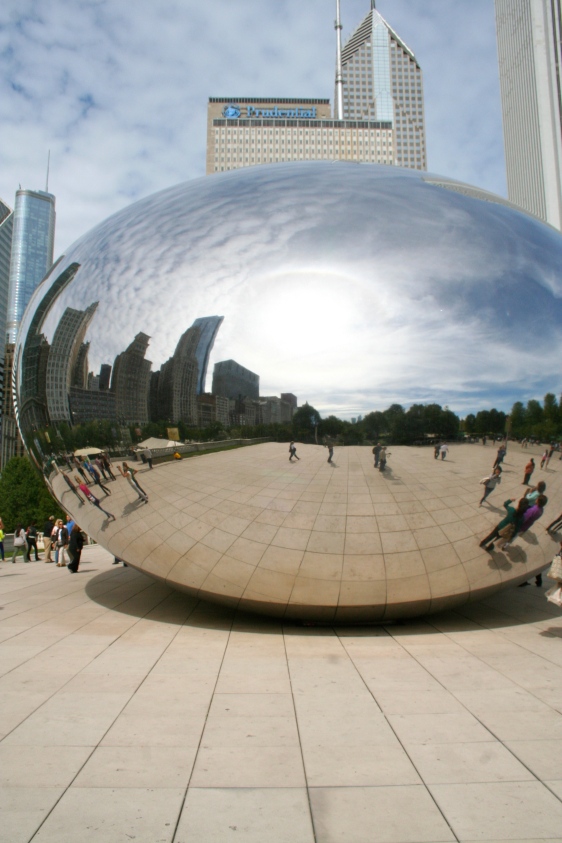 This sculpture has inadvertently become one of Chicago’s main tourist attractions, and it’s easy to see why! 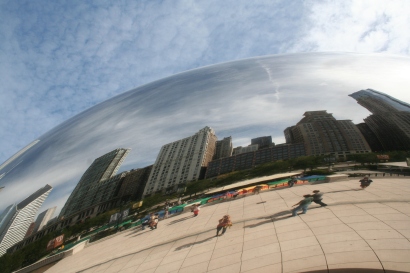 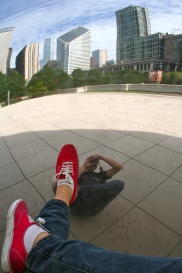 Andrew is a clever man 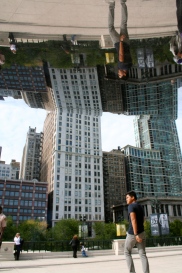 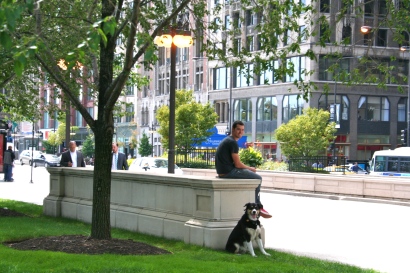