After catching a red-eye flight to Brisbane, Andrew and I picked up a rental car, something we were quite nervous about. Of course we’d been in Australia for two weeks already, and had sort of gotten used to the idea of being in a car on the left side of the road, but actually driving said car was another story. First of all, all of the buttons and gadgets are reversed, so every time we tried to signal we wound up just turning on our wipers. Which is a problem, because in Australia signaling for every little turn or lane change is extremely important. We were on the receiving end of a few angry honks over the course of our trip, although we did do our best to rapidly shut off the wipers (after muttering curses) and flip the right lever in time. The other real challenge to driving on the left is that the driver instinctually veers away from traffic and winds up driving on the shoulder. This is where being a passenger is extremely difficult. I kept yelling at Andrew to “get off the shoulder!” but when I got behind the wheel, I wasn’t any better.  Our goals for driving from the airport to my cousin Cathy’s apartment were simple: 1) don’t get lost, 2) don’t cross a toll road, and 3) don’t drive on the wrong side of the road. As you might expect, we accomplished all three of these mistakes on the short drive over, but sometimes learning things the hard way is the best way. And thankfully no one was injured (except our poor wallet which kept having to shell out for those pesky toll roads!)

Cousin Cathy is awesome. I’ve gotten to “know her” a bit through the magic of facebook, so I knew we’d be friends, but actually being with her in person was like being with a family member I’ve known all my life! She and her boyfriend Lee were very hospitable, and let us loaf on their couch while we were in Brisbane. We arrived in the morning before they left for work, and after a nap we hit the walking trail that follows the Brisbane River. We wound up spending over three hours walking the city, checking out the local scene and cursing at the rental bicycles that require some kind of membership card, stymieing casual tourists like ourselves.  That night we met most of my Australian relatives (being part of the Jewish diaspora has its perks!), as we celebrated cousin Larry’s 23rd birthday at a Nepalese restaurant. Afterwards we hit a few bars that were sort of “American themed” in that they had taxidermy animals only found in the wilds of North America, and country/rockabilly style music was the flavor du jour. It felt a little bit like when we went to an Australian themed bar in Hong Kong: the names of things were right but the vibe was very foreign!

The next day Cathy and Lee took us to Lone Pine Koala Sanctuary where we met up with her sister Jen and her hilarious toddler Eric. We roamed around the exhibits, marveling at all of the marsupials. I had a hard time getting it through my skull that there are very few mammals in Australia, so I kept asking “that’s a marsupial too?!?” We fed and petted some kangaroos and wallabies, and we got to watch a couple platypuses swim about. This was especially interesting because they’re only about a foot in length, and totally adorable. For some reason I assumed they were man-sized! Of course the highlight of this trip was getting to hold a fuzzy, sleepy koala while I got my photo taken. According to the collection of photos in the gift shop, I joined the likes of such celebrities as Marilyn Manson, Cher, and Daft Punk, so I know it was a real fair dinkum experience. (That’s also something almost no one really says much, but I think it’s great anyway!)

That night Cathy made us a delicious lamb roast, which is one of the most amazing things about Australia. There, lamb is very commonly consumed (and I love lamb!), and most meats are reasonably priced and raised on pasture. The beef industry is starting to mirror ours however, and the grain-finished feedlot model is sadly catching on. As a side note, as a farmer who raises hens, I know from experience and research that eggs do not need refrigeration in order to stay safe for consumption. The FDA has strict rules in place to reduce any chance of contamination or bacterial growth because of the kinds of conditions most egg laying flocks are maintained in this country. In Australia, unrefrigerated eggs are the norm. Grocery stores just stock them on the shelves, which I found to be very refreshing since most Americans are deathly afraid of leaving eggs out on the counter.

The next morning Andrew and I set off down south to a coastal town called Byron Bay to meet an old friend of mine for lunch. Unfortunately we didn’t know that driving into New South Wales meant a time change (time zones generally don’t shift when you drive south!), so we totally stood my friend and her husband up by mistake. Happily Byron Bay was a quant little town that reminded me very much of Ocean Beach in San Diego, with oodles of young hippie types milling around and lending a very laid-back vibe to the area. We wandered down to the beach and set up our towels to soak up some sun, when all of a sudden a commotion appeared. A semi-circle of people started walking up the beach towards us, and it took me a minute to realize they were following a snake. Now, where I come from the only snakes to worry about have rattles, and I’ve worked in animal sanctuaries and the like for years, so snakes do not bother me one bit. I just watched this horde walk towards me as the snake slithered by, obviously just trying to get under a rock somewhere. He got within two feet of me, and all of a sudden this lady starts yelling at me: “Get AWAY! Get AWAY!!! That’s a BROWN snake! Are you CRAZY!?” The normal thing to do would be to jump up and run after hearing that, but my mind said “what the heck is a brown snake?” and I stayed right where I was. I know enough about snake behavior to know he wasn’t threatened by me, nor was he showing aggression, so I didn’t sweat it. Later on I did some research and learned the “brown snake” is the world’s second most venomous ground snake. I learned an important lesson in that moment: you can’t really be afraid of all of the deadly, poisonous wildlife of Australia if you don’t know what to look for! Next time, I guess I’ll give the snake a wide berth!

Later that day we drove up into the mountains to spend the night at Border Ranges National Park. We found our campsite in the dark, and crawled into our tent to listen to exotic and, at the time, slightly terrifying creatures of the night. Very similar to our night outside of Yellowstone (remember? When the wolves or bears walked by while we were roasting marshmallows?), I laid awake waiting for the tent to get ripped open by claws from the Drop Bear or some deadly creature while Andrew snored merrily away next to me. The next morning we hiked up a small trail that opened with beautiful panoramic views of the mountain ranges, which cemented it as one of my favorite places we visited in Eastern Australia. Especially after later experience and consultation from Cathy revealed the loud noises were likely caused by adorable possums (not to be confused with American opossums…they’re very different, people! Look it up!).

Our Eastern Australian adventures are diverse and plentiful, so I will post a couple more blogs rather than overwhelm you with one giant one. But stay tuned to read about hiking on a dingo-infested island, giant fruit bats, camping in near cyclonic-weather, a rain-forest fail, sea turtle hatchlings, and more! (Sorry for sounding like a commercial! I don’t get paid for this, I swear!) 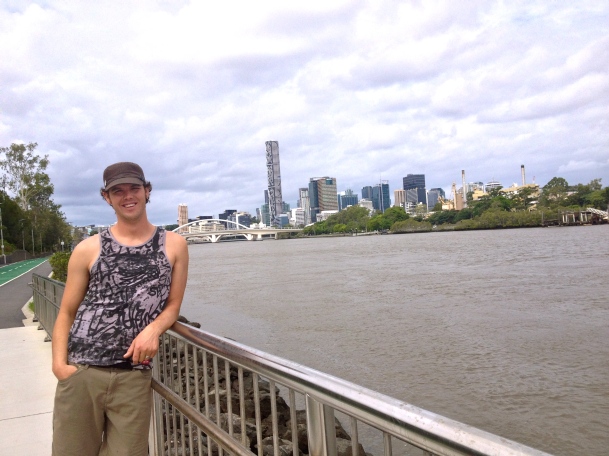 No rental bikes AND no segways? C’mon now, Brisbane! 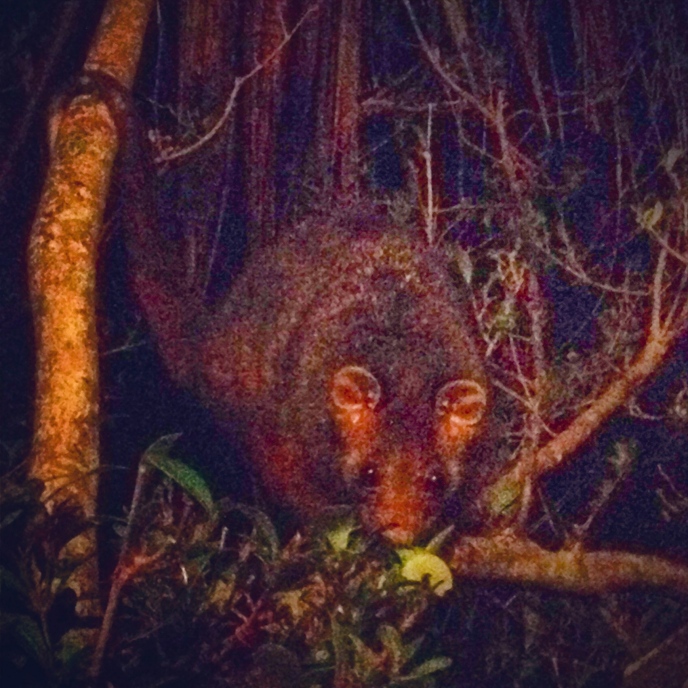 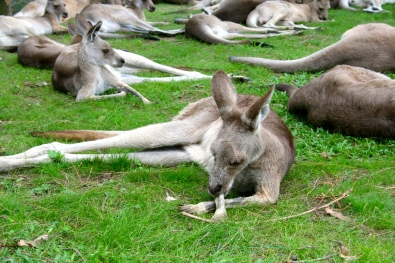 Kangaroos are really good at lounging 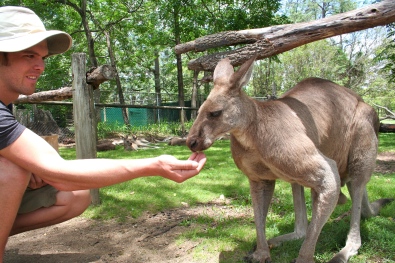 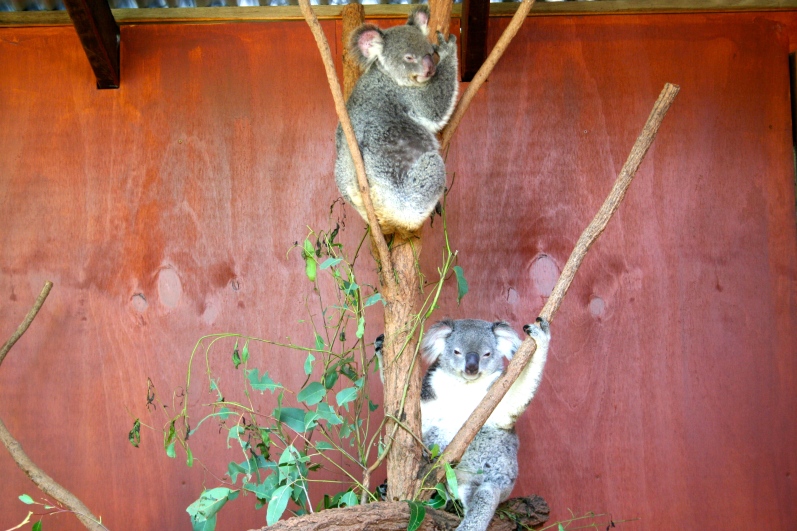 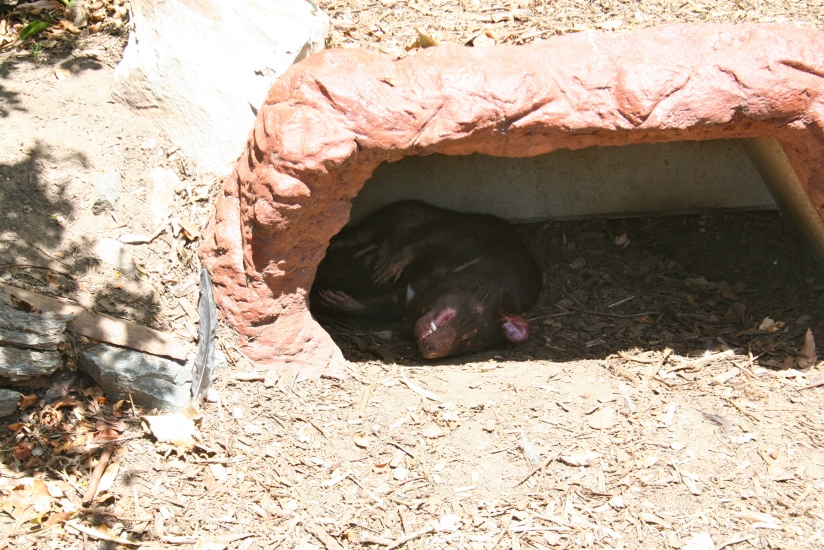 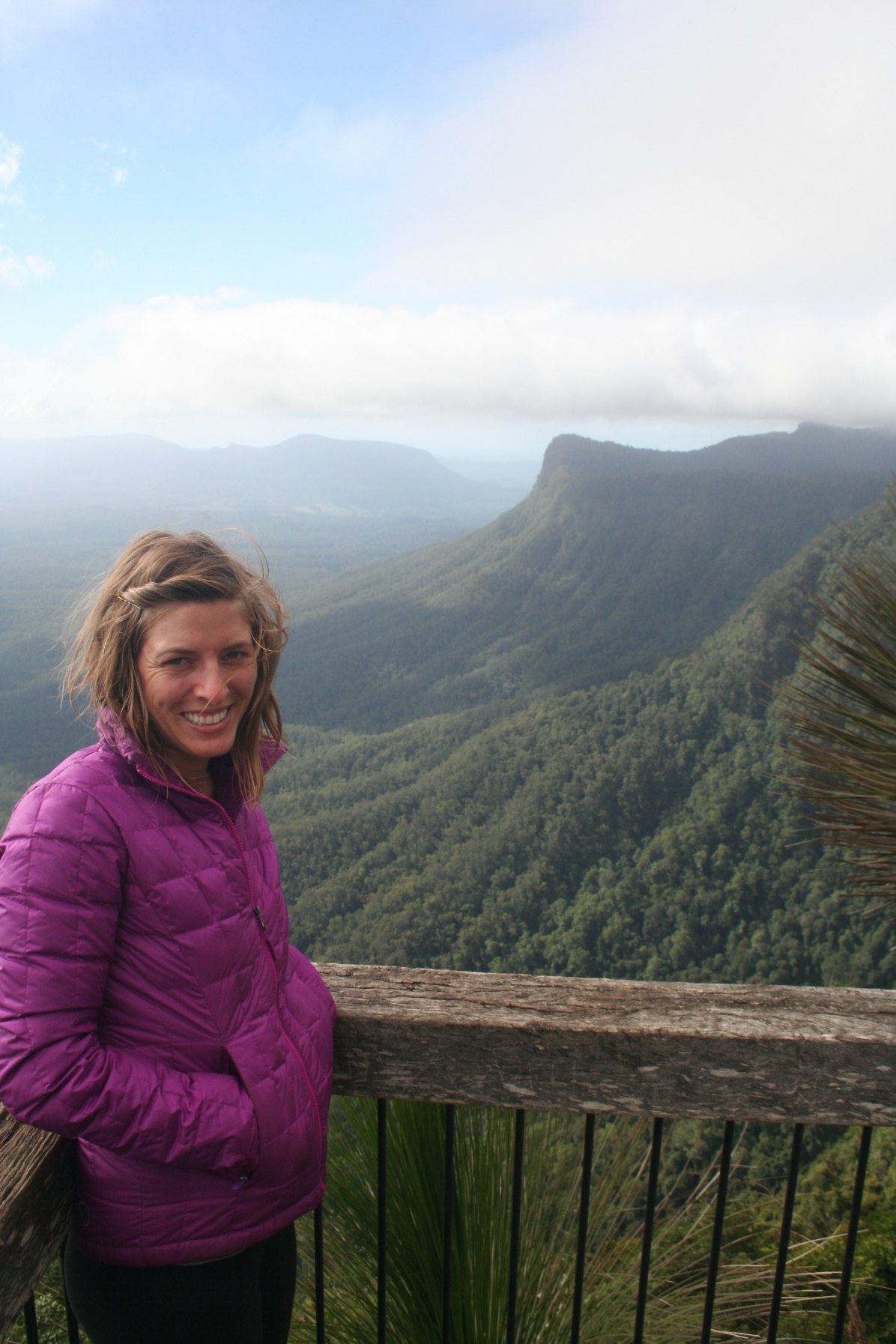 2 thoughts on “The Best Vacation Ever Part 3: Eastern Australia (Part 1!)”